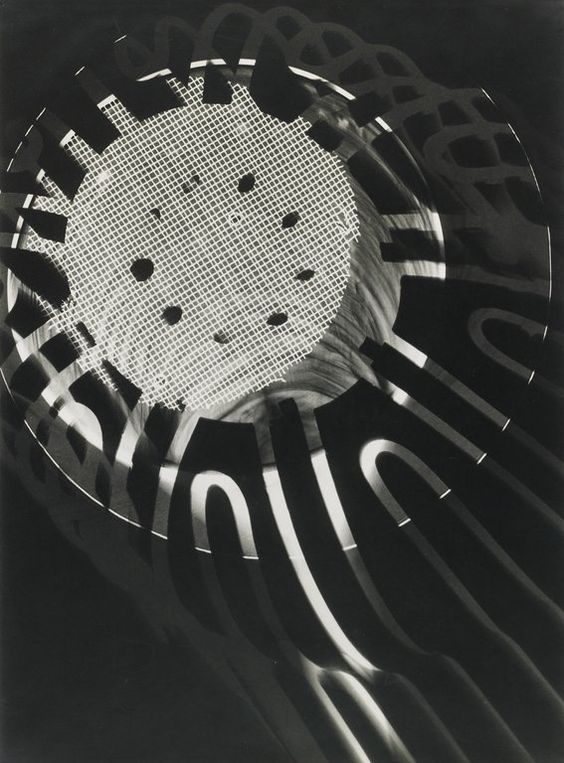 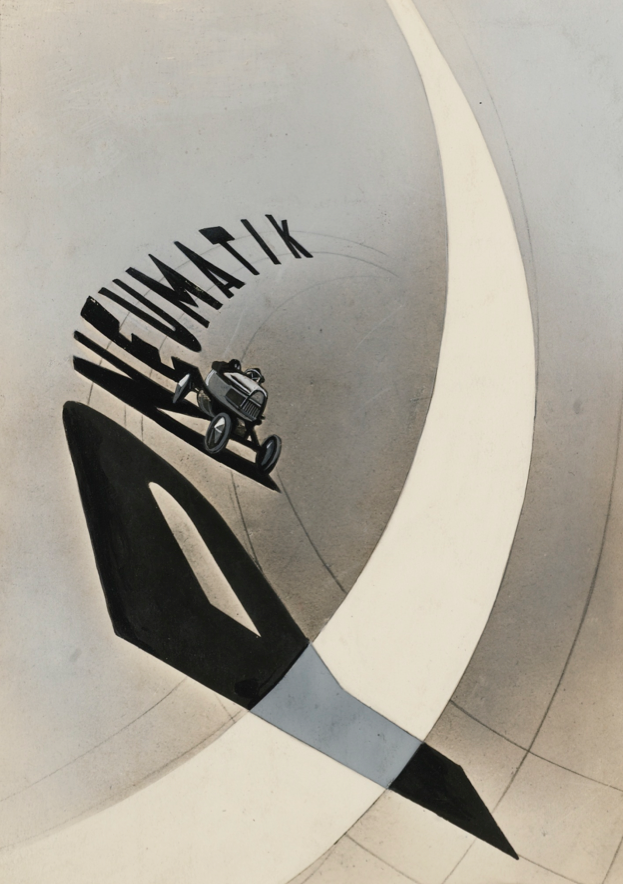 Moholy’s photographs showed little resemblance to the straight documentary gaze that Americans would associate with the "reality" in coming years. On the contrary, he aimed his lens downward form dizzying towers and outward through patterns of girders. He made strange patterns of objects on paper, called photograms, that seemed to be half X-ray and half ghost. He also began to mingle typographic designs with photographic imagery in a style he called "typophoto". Like his photographs, his typophoto images transformed two-dimensional surfaces into seemingly three-dimensional environments. They were not pictures of a three-dimensional world so much as worlds unto themselves. Moholy’s desire to spatialize visual experience extended to his work with light. For Moholy, light did not simply illuminate the material world; it could be a materially structuring force in its own right. Light could surround individual people and free their senses to such a degree that they could finally comprehend their places in the universal space-time continuum. (…)

In 1928, Moholy published a volume in which he summarized his ideals and which in its design exemplified them, The New Vision. The volume outlined the stages of the preliminary course as Moholy taught it, and it included photographs of students’ work. But it was much more than an aesthetic primer. According to Moholy, it was a guide to humain evolution. (…) The preliminary course at the Bauhaus aimed to restore those abilities; so too did The New Vision. In its pages, photographs and text mingled promiscuously. Photographs might be straight documentary images, or they might be montages. Text might be ordinary, bold, or a mixture of the two. And the images depicted everything from tabletop constructions to the frame of a dirigible. Taken as a whole, the book was more collage than linear text. Like the preliminary course, it offered readers a way to stand in a circle of visual and textual signs, selecting those that engaged them, and pulling them together into a whole and substantially enlarged view of their place in the world.